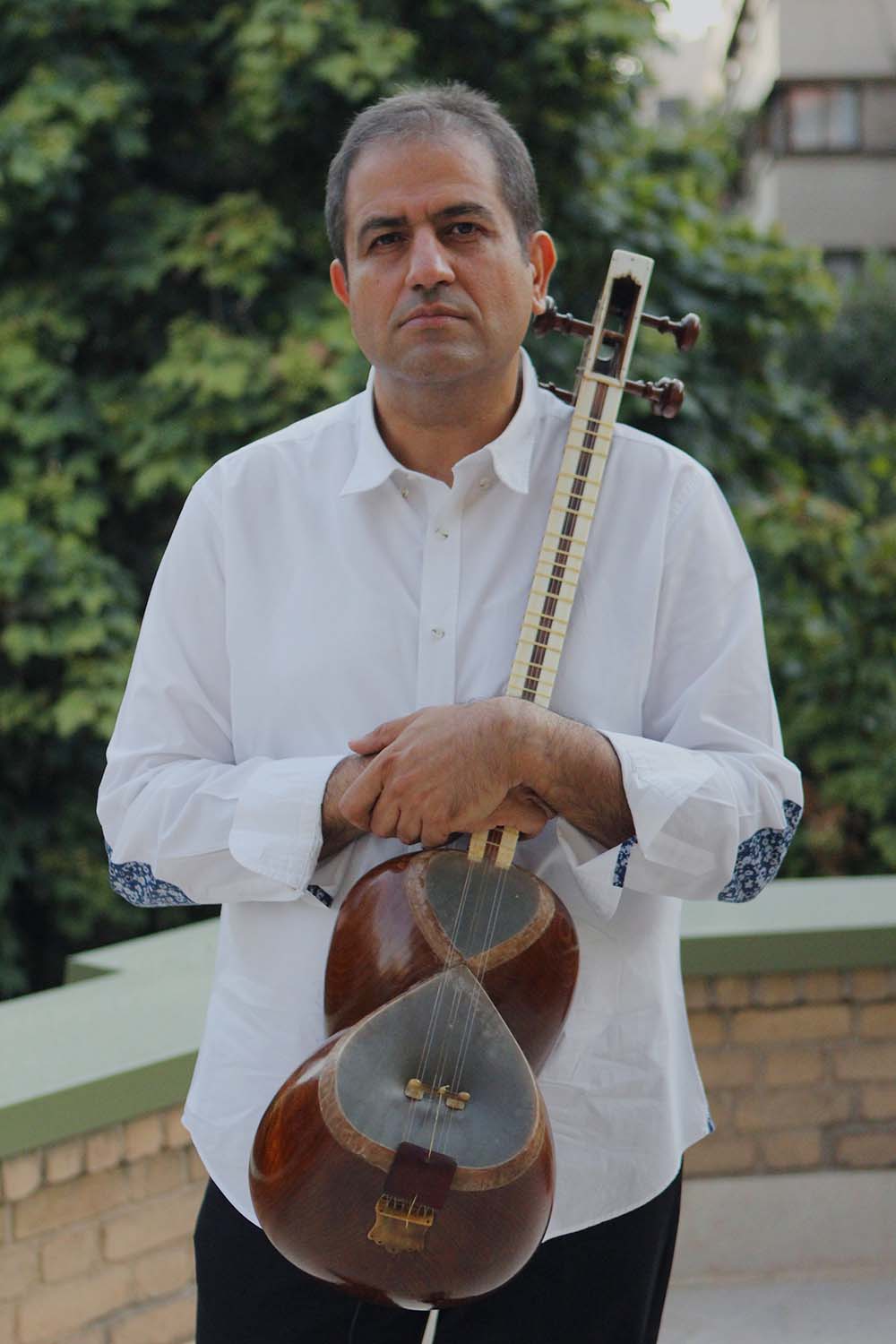 Ali Samadpour is an Iranian Tar player and composer living in Tehran. He studied Iranian classical music with Houshang Zarif, Hossein Alizadeh and Dariush Talai and composition with Hossein Alizadeh, Fouzieh Majd and Hossein Dehlavi. Since 1985 he has participated in several research and performing projects but his long collaborations with “Ham-Avayan Ensemble” directed by H. Alizadeh and “Abdolghader Al-Maraghi Ensemble” directed by M. Darvishi, were remarkable parts of his artistic life.

Ali Samadpour has also composed the soundtrack of about 25 documentary and feature movies.

His most recent work, “Moonrise”, was successfully received by Iranian audience despite of the lack of official market due to women’s voice prohibition in Iran.

In 2014 he founded Hamsaz ensemble.