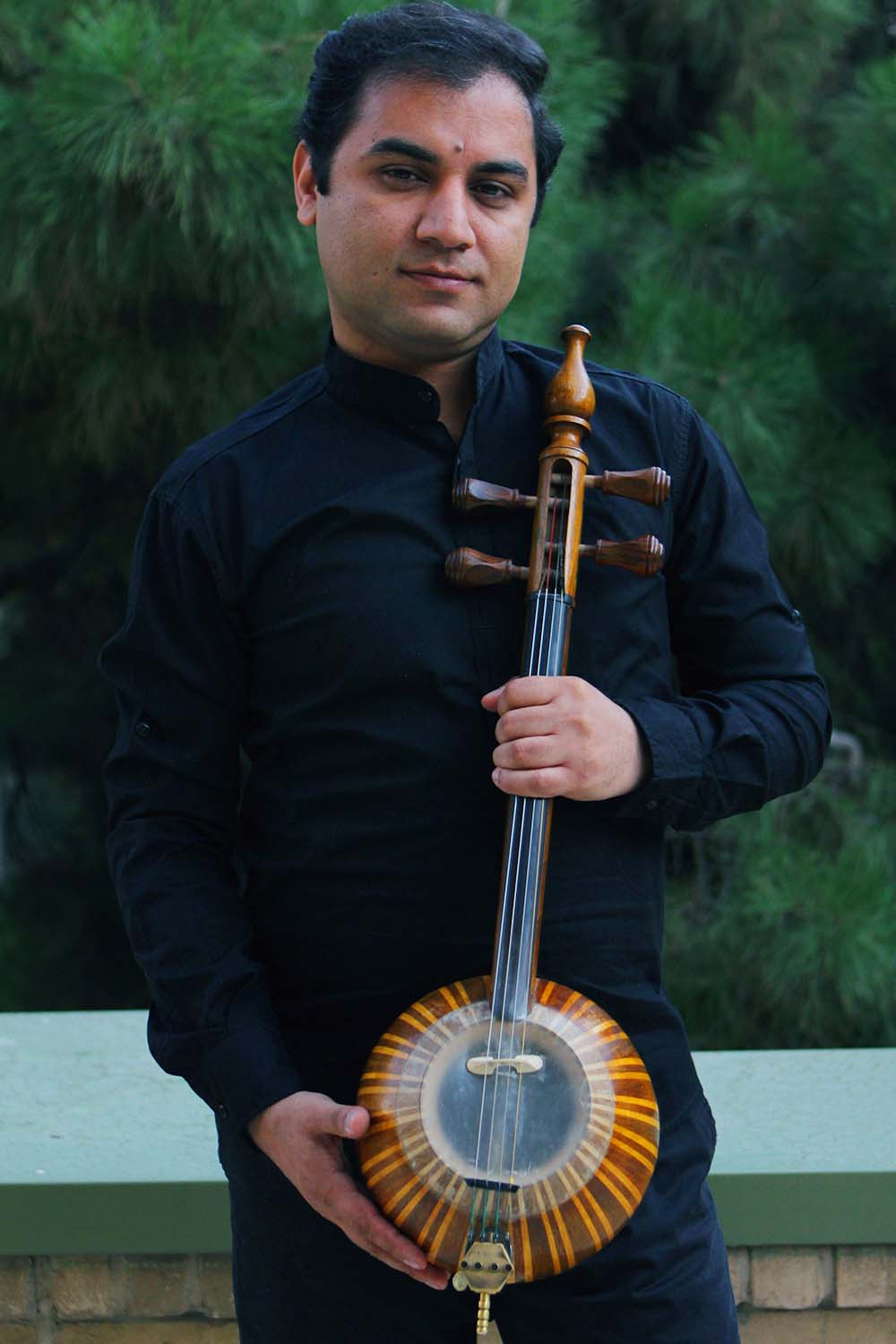 Ehsan Zabihifar is an Iranian Kamancheh player living in Tehran. He began studying music as a high school student of the conservatory of Tehran, then he continued his studies at Art University of Tehran and graduated from a Master’s degree of Iranian music in 2007. He also learned Kamancheh playing with Ardeshir Kamkar and musical theories with Sharif Lotfi. Ehsan Zabihifar has participated in several live and recording projects such as Showq-nameh, directed by M. Darvishi and many others. He founded Mahtab ensemble and cofounded a Persian string quartet, called Chargan. A rigorous and virtuoso Kamancheh player, Ehsan Zabihifar participates actively in the evolution and improving of technics and tones of Iranian instruments, specially Kamancheh. He is a member of the faculty of music at Art University of Tehran.