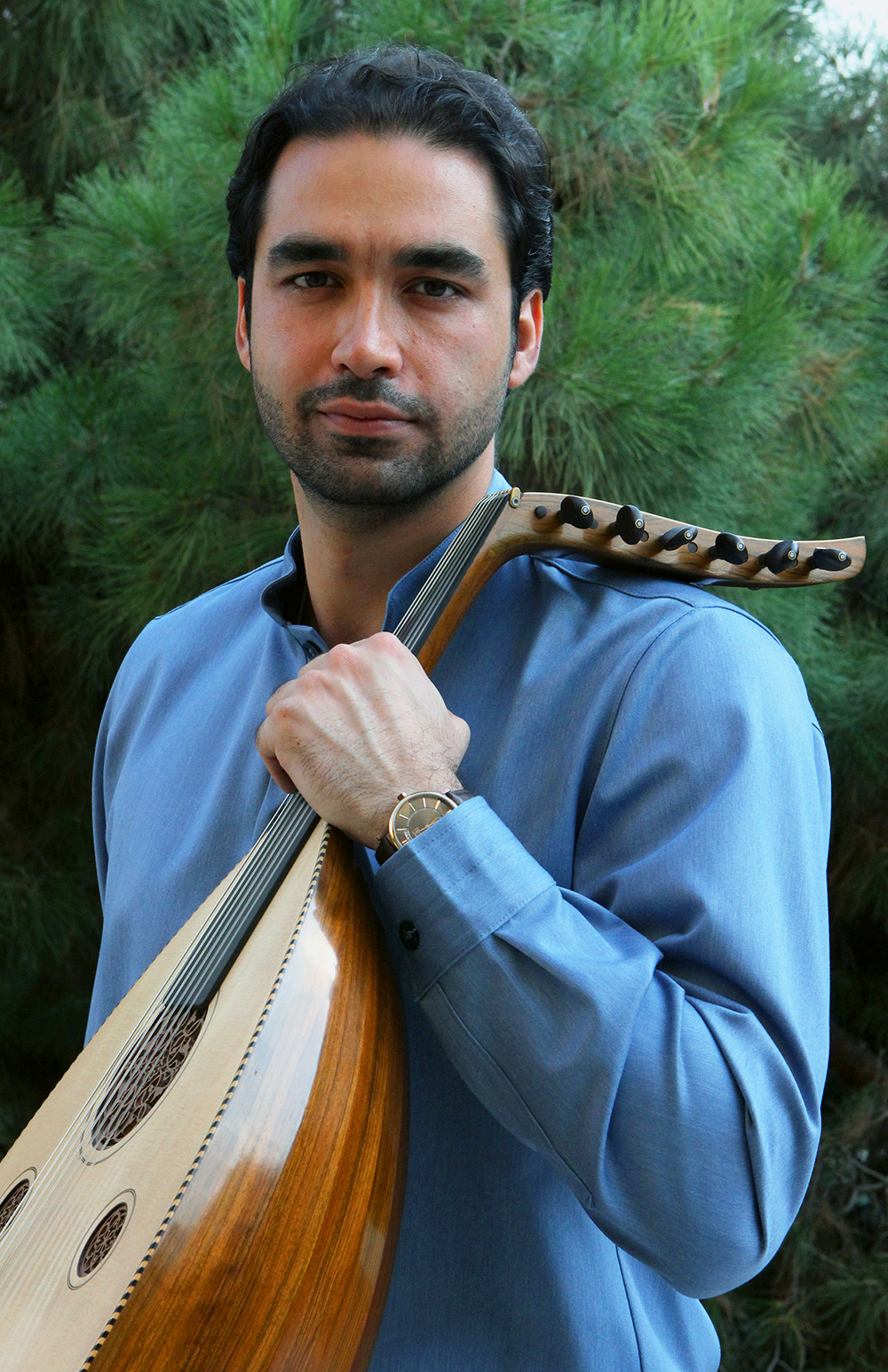 Siavash Roshan is an Iranian Oud player who lives in Tehran. He commenced his musical education at the age of 11 in the Tehran’s Conservatory of Music, studying Tar with Behrouz Hemmati. He soon switched to the composition section, studying with Masoud Ebrahimi. At the same time he began learning Oud playing and studied shortly with Majid Nazempour and then with M. reza Ebrahimi.

He continued his education at Tehran University of Art, studying Persian Music Performance and obtained a Master’s degree of Composition.

Interested in Western Classical Music, at the age of 19 he began studying Opera and conducting with Vijay Upadhyaya and later under the supervisions of Sharif Lotfi and Christian Schulz.

From 2009 to 2011 he conducted the Austrian-Iranian Symphonic Orchestra and Choir.

Having a very contemporary approach to the Oud playing, Siavash Roshan has also performed and participated in different projects of various genres. His first album The Passage containing his own compositions for Oud has won the Barbad Prize for the best fusion album of the year. Since 2008 he teaches music theory, sight singing and ear training at the Tehran University of Art and the Tehran conservatory of music.